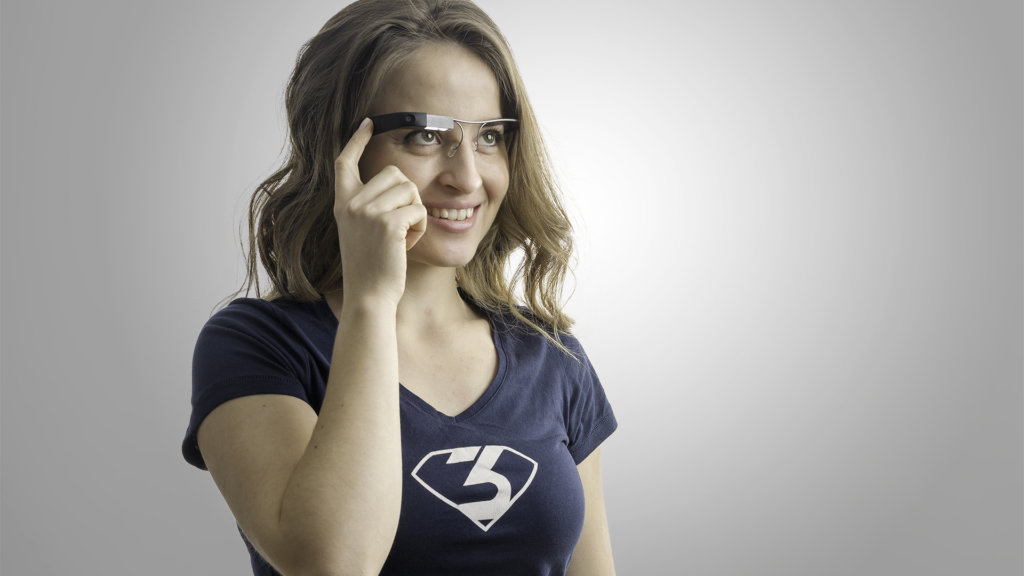 Slowly but surely people are beginning to grasp the concept of AR, Augmented Reality. Something that most consumers just a short time ago regarded as being the stuff of sci-fi has now begun to seep into the collective consciousness. But it has not been an easy road. Merging the ‘digital’ and the ‘real’ – and indeed understanding exactly what the point is – has been a tricky concept to convey.

Pokémon Go mainly hit the headlines for cautionary stories of mesmerised users walking headlong into traffic or falling off cliffs. This is not the perception of AR that its evangelists had hoped for.

Google started selling a prototype of its AR solution, Google Glass to qualified “Glass Explorers” in the US in April 2013. At first, Google reached out to the consumer market. It soon became starkly clear, however, that the general public was not yet ready for the augmented reality paradigm. It was a technological novelty, for sure, but many did not see the value.

Moreover, it made people uneasy. The notion of being followed and recorded by an all-seeing camera made consumers worry about their privacy. Some envisaged a dystopia dominated by an all-powerful Google.

Google has however turned the corner in the intervening years. The more recently relaunched Enterprise Edition, a business-centric Google Glass proposition, is being eagerly received by commercial organisations. Early adopters are recognising the potential of the technology to transform the way they do business.

Augmented reality bridges the gap between the digital and the real. From the point of view of the Google Glass wearer, data and imagery are projected as a virtual overlay directly onto physical objects. The aim is to help the user simultaneously absorb information from the digital and the physical. As a result, the user can receive and process data quickly, as well as make better, faster decisions. They can perform tasks more efficiently while simultaneously mitigating an array of potential risks. And with the help of Google Assistant, they can use hands-free voice control.

In the timeframe since Google Glass made its debut, Google has leveraged the enthusiasm and commitment of global blue-chip corporations keen to develop early use cases. Google has worked closely with DHL, Boeing, GE and Volkswagen, among others, to develop innovative new applications.

Multiple deployments have demonstrated the productivity-enhancing capability of Google Glass, Boeing conducted an experiment using Google Glass with the aim of assembling an aircraft wing in 50 discrete steps. The team equipped with Google Glass devices took 35% less time to assemble the wing compared to another ‘control’ group using traditional plans and methods, those who carried out this task for the first time were 90 % less prone to error. Boeing has since rolled out Google Glass across hundreds of sites, and is benefiting from greater operational efficiency, and enhanced quality control.

Another sector that could benefit from AR is food services; retaining experienced and efficient workers is a challenge across the entire catering and hospitality sector. There is a measurable financial incentive for companies like Domino’s to make staff training quicker. The company has used Google Glass to virtually illustrate pizza assembly – pizza by numbers, if you will. Virtual visual diagrams illustrate to trainees how to form the dough, distribute the tomato sauce and pepperoni, etc. By using Google Glass, average training time was dramatically reduced from five days down to only 1.5 days. Another key outcome is greater product uniformity.

We at 3SS are sure that AR is set to become a megatrend across many sectors. We think that it will also revolutionize the way we work.

We believe that Google Glass technology will play a key role in software and product development as well. Its ability to instantly share with others what you see in a visual user experience can help bring extra efficiency to software development, especially in remote and distributed work environments. QA and software testing processes which embrace Google Glass’s hands-free, all-visual information capture and transmission could benefit application creation, and furthermore lead to more seamless product development.

Adoption of AR and Google Glass might in this way help to accelerate service launches and lead to improved overall product quality via its speedy, real time vision-based reporting. We have started to use Google Glass in our daily activities, and we are continuously exploring how it could be employed to reduce manual work and improve overall development efficiency.

The potential of AR to improve staff training methods, boost productivity and yield better products for consumers is already – excuse the pun – clear as glass.